Table 20 and Karlsson’s Vodka hosted the 2011 LA’s Best Bartender Competition on Oct. 9th at downtown’s Elevate Lounge. Thanks to pop culture blogger and TV personality Mar, I was able to attend the event for free! Some of the best bartenders the city has to offer, a beautiful view of downtown LA from 21 floors up, and copious amounts of free booze= a total win. 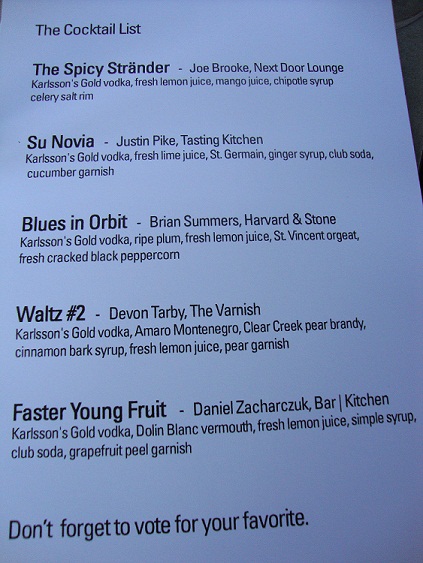 While the event started off a little behind schedule, check-in once doors were open was a breeze and the bar started off serving cocktail after glorious cocktail. The first drink I had was Devon Tarby’s Waltz #2, which ended up being my favorite of the day. A wonderfully balanced and sweet drink full of Christmastime nostalgia. Served in a martini glass, this drink was fresh with pear brandy and a deep (but delicate) cinnamon bark syrup. I was rooting for this drink as Tarby charmed judges with her precise mannerisms (she was also the only lady in the competition). However, in the end, she was beat out by Tasting Kitchen’s Justin Pike, who in his own right, is also a fave of mine. 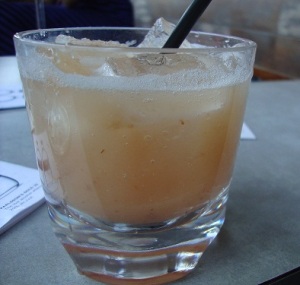 Blues in Orbit by Brian Summers

I then moved on to Brian Summers’ Blues in Orbit. Summers, from the new Hollywood spot Harvard & Stone impressed me with his offering that was mildly peppery with very ripe plum and a dash of citrus. While this offering was pleasant and slightly sweet, there were inconsistencies with the pepper which made me like it just a little less than Tarby’s drink.

After our first couple of drinks and a few (not-so-good) passed hors d’oeuvres, we made our way back to the bar. The crowd had really started to form and lines were getting a little long as there was only one bar serving drinks at the time (the other bar was where the judges were). To try and alleviate some of the line-waiting, a few folks working the event started handing out the next drink, which just so happened to be the competition winner.

Justin Pike’s Su Novia cocktail was simple and refreshing with its use of St. Germain, ginger syrup, and lime. This drink had a stronger alcohol feel, but was not overwhelming. Definitely something I would order at a bar. 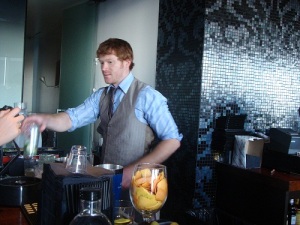 Unfortunately, the last two cocktails that I was able to try didn’t leave a great impression with me. Joe Brooke’s Spicy Strander was indeed quite spicy; nearly obliterating my palate. While this drink was made with mango juice and chipotle syrup would probably please heat-seekers, it was too hot for my blood and I couldn’t even get through more than a couple of sips. I have had other drinks by Joe however, and his work at Next Door Lounge is incredibly impressive. 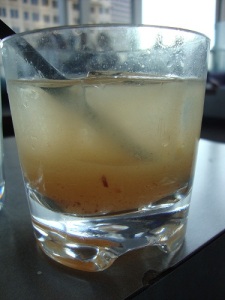 The Spicy Strander by Joe Brooke

Daniel Zacharczuk’s entry, Faster Young Fruit also seemed to fall flat. I am also a Daniel fan over at Bar|Kitchen, but his concoction, while easier on the palate, just seemed to blend into the background and left more to be desired. 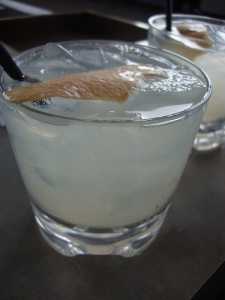 Another impressive thing about the event was the all-star panel of judges. One of my favorite bartenders in town, Matt Biancaniello (Library Bar) was last year’s winner and was a judge alongside: Jessica Gelt (LA Times), Jonny Iuzinni (Head Judge on Top Chef Just Desserts), restaurateur Bricia Lopez, Marcos Tello (The Varnish/President of USBG, LA Chapter), and “King Cocktail” himself, Dale Degroff.

Overall, I had a lovely time at the event. While it could have been run just a tad more smoothly with the addition of an extra bar or perhaps even tables for each entry, the atmosphere was laid-back, the music was fun and energetic, and the location was beautiful. It would have also been nice if the competition bar was more center-stage. I know a few people missed out on seeing some of the action as the space where the judges were was quite limited. The staff and security were great, and the event was a great value at under $40. I’m definitely hoping to make it next year. 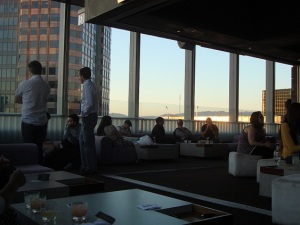 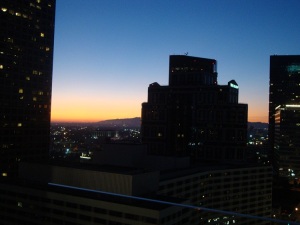