After having bookmarked it for the last decade, I finally made it to Enrique Olvera’s acclaimed restaurant Pujol. The Mexico City fine-dining establishment has been on countless of Best Of lists and its culinary auteur Olvera has been featured in everything from Chef’s Table to both Anthony Bourdain’s Parts Unknown and No Reservations. There was a considerable amount of hype to go off of; high expectations and a giddy excitement to be able to cross this place off my To Try list. Luckily, Pujol lived up to its reputation as a haven for thoughtful cuisine rooted in Mexican tradition that is elevated by a world-class perspective. Olvera takes the ingredients, flavors, and traditional dishes of his upbringing and with a deft hand, is able to accomplish both a cozy comfort and a classical finesse.

Our experience here was nothing less than perfection. A professional service staff, a chic modern space with a comfortable vibe, and a solid bar program and wine list were just added perks to the expertly executed tasting menu. We opted to try as many dishes between the two of us as we could and while a dish or two may have fallen in the “this is very good but not as memorable” department, there were some truly outstanding dishes that really left a long-lasting impression on us both.

Standouts included the Octopus with habenero ink ash, Wild herb open papadzul, quail egg, chiltomate, Sunchoke Tamal with Hoja Santo “Curry”, and the decadent Mole course featuring both an aged Mole Made and a new mole rojo. And yes, we had the famed Baby Corn elote covered in a chapulines aioli as shown in Chef’s Table and we totally freaked out and wanted to eat a dozen of them. Hoping we get an opportunity to visit Pujol again in the future. 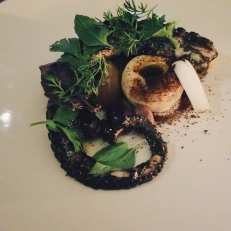 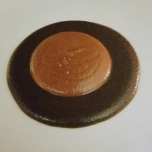 Pujol is located at Tennyson 133, Polanco, Polanco IV Secc, 11550 Ciudad de México, CDMX, Mexico. (Note the new address — Uber & Google Maps may still show you the original location about a half mile away when you plug it into the app.)
Link: https://pujol.com.mx/en/

One response to “CDMX: Pujol”